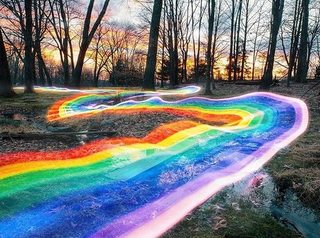 Home
Personality
Iris stands out in a crowd. She's one of those people that is almost impossible for you to overlook. Whether it's her colorful, her funky clothes, or her oversized personality, she'll catch your eye, one way or another. She's used to the raised eyebrows and questioning looks that occasionally come her way, but most of the negative attention simply rolls off her back. Anyone who wants to be nasty can just leave her alone, kthnx.

She absolutely loves social media, and has accounts on all the big sites: Facebook, Twitter, Tumblr, Instagram, and so many more. Iris is one of those people who posts pictures of the things she does during her day, regardless of how ordinary they may seem. And she loves playing with the different filters. She's an avid texter and loves talking on the phone, she's one of those people who will multitask and talk to you on the phone for several hours, if that's what happens. It doesn't bother her at all.

She's happiest on the go, doing things and keeping herself entertained, or going and talking to others. It's why she settled into the career of event planner, working for herself and setting her own hours works well for her. Sometimes she'll butt heads with her clients, due to her stubbornness and refusal to be treated like a servant. She had enough of that while in Hera's employ, thanks. Iris used to be a lot more bubbly and cheerful, but millenia of servitude took some of the shine off her smile.

When she's not working, she likes to go out with friends, play the guitar, and watch cheesy movies and TV. Sometimes, she just has to relax and unwind from her self-imposed long days.
Home
Appearance 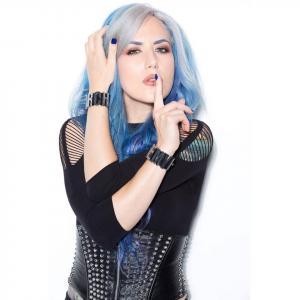 Home
History
Iris is the daughter of Thaumus (the wonderous), a marine god who personified the wonders of the sea, and Elektra (the amber), a cloud-nymph, and her sisters were the Harpies. The Greeks saw the rainbow as connecting the clouds and the sea, and they believed Iris was the one who replenished the rain clouds with water from the sea. She was often depicted as having golden wings, holding a herald's rod, and sometimes a water pitcher. Sometimes she was shown as serving nectar from her jug, making it easy to confuse her with Hebe in ancient art. She was said to have a twin, Arke, who was the messenger of the Titans during the Titanomachy.

She was the messenger of the gods, serving both Zeus and Hera, but was later made out to be the personal messenger of Hera. She would call up the rainbow to carry her wherever she needed to go, and send it away again when she was finished. She was able to go up to Olympus, to the depths of the sea, and down to the Underworld to carry messages to any god that needed to receive them. Zeus commanded her to carry water from the river Styx with her, which she used to put liars to sleep. She was able to change her form, to take on the likeness of mortals or other gods to better ensure that they would receive her messages well.

She was sometimes depicted as a virgin goddess, but later she was written as the wife of Zephyros, the west-wind, and made out to be the mother of Pothos. She'd like to state, for the record, that while yes, she did get hitched to Zephyros, Pothos is definitely Aphrodite's son. Thanks for coming to her TED Talk.

Iris has no mythology that simply talks about her, she's always mentioned in conjunction with other gods, most often Zeus and/or Hera, as well as the gods she's delivering messages to. She visited Hypnos many times at Hera's behest, acting as her go-between. She was the one who bore Hera's offer of Pasithea in exchange for putting Zeus to sleep, wearing the guise of Nyx as she proposed this offer.

She was kept very busy during the Trojan War, bearing messages for Zeus, visiting Helen and Hector (among others), and bearing Aphrodite back to Olympus after she'd been injured by Diomedes. She took messages to Achilles, summoned Thetis to the presence of Zeus, and sent word to the Winds to raise the fire on Patroclus' pyre. (One wonders when the poor girl ever got time to catch her breath.)

She was the one who brought Eileithyia to the labor of Leto, the one who summoned Demeter back to Olympus after Persephone's abduction, and the one who called off the Harpies from attacking Phineus, thus making the Argonauts' voyage a bit easier. For someone who has no myths to call her own, Iris sure pops up a lot in the myths of others.

During the second war, Iris was approached by an ally of the Titans. They offered her the thing she wanted most: her freedom. The chance to be her own person, and not being sent to all corners of the earth on someone else's say so. And given that her husband had already thrown in his support with them, she figured she had nothing left to lose.

So for hopefully the last time, Iris opened her wings, and darted all over the world, delivering messages on behalf of Kronos and the Titan generals. The prize was too good to pass up. And it paid off. The Olympians fell, and Iris was granted her long-awaited freedom. By the time the punishments were starting to be handed out, Iris was long gone.

Ever since then, Iris has mostly kept to herself, occasionally meeting up with her husband, and just finally getting the chance to enjoy life the way she couldn't before.
Home
Abilities
✠ You can fly Iris has golden wings, which she uses to flit from place to place. Rainbows are all well and good, but sometimes a girl's gotta get to work in a hurry.

✠ Somewhere over the...you know how it goes Iris is the goddess of the rainbow, and as such, can call up one whenever she needs to. It helps if there's a water source nearby, but there doesn't need to be. The distance is only limited by her own energy, so if she's exhausted, she's probably not going to make it all the way to Auckland.

✠ Bring your rain again Iris was said to be the one who replenished rain clouds with sea water, and as such, has the ability to summon a localized rain fall if she feels like it. It wouldn't get very big, the largest she could probably do is about a one-mile radius. But they don't call her 'storm-footed' for nothing.

✠ Hit me with your best shot All the perks of deity physiology, enhanced speed and strength, cannot be killed, shapeshifting, immune to poison, teleporting (if she's not flying or using her rainbow), also able to cross into and out of the Underworld at will.
Home
Aesthetics 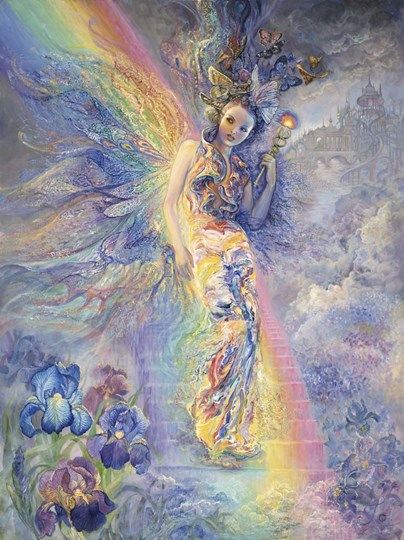